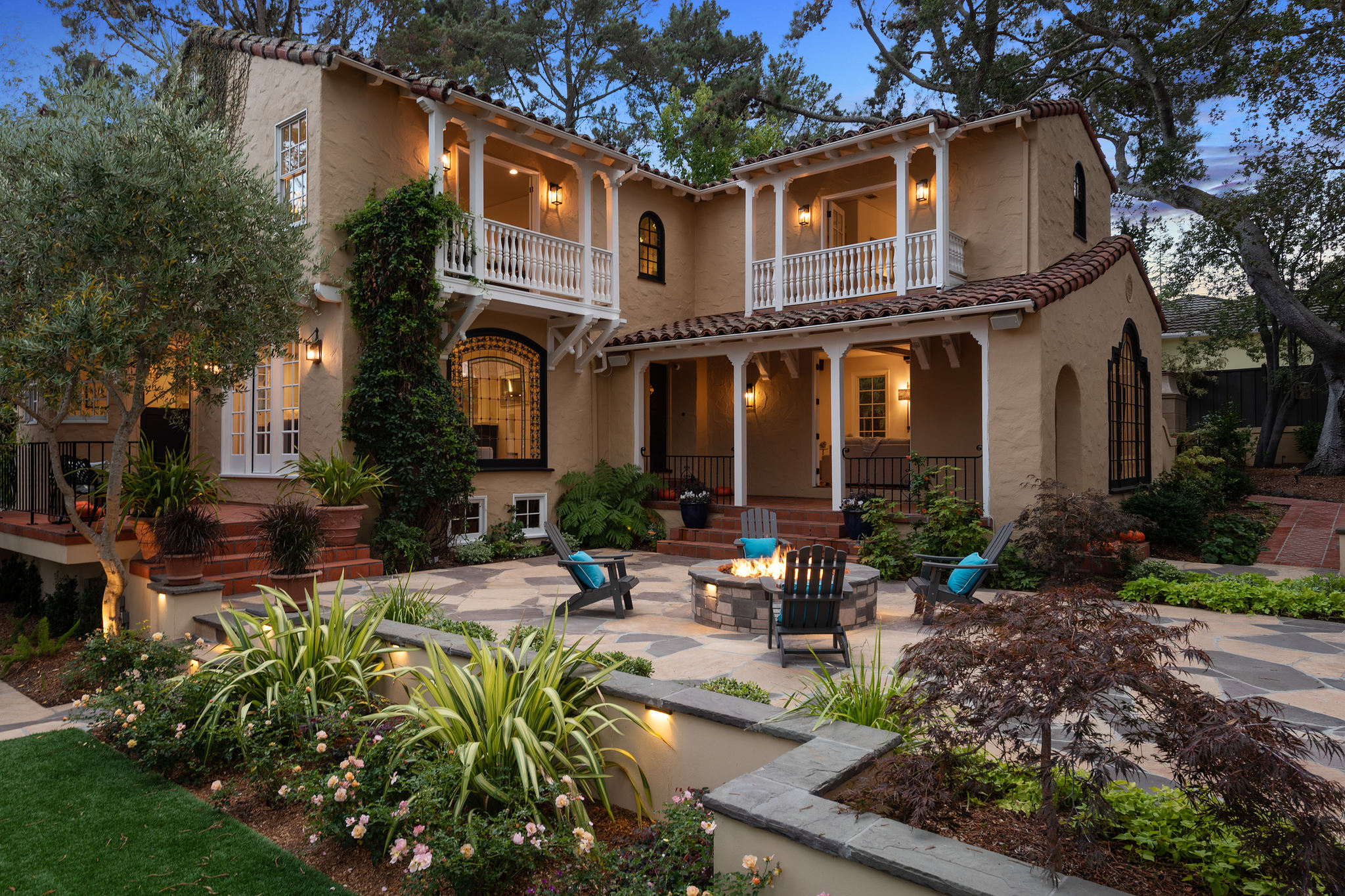 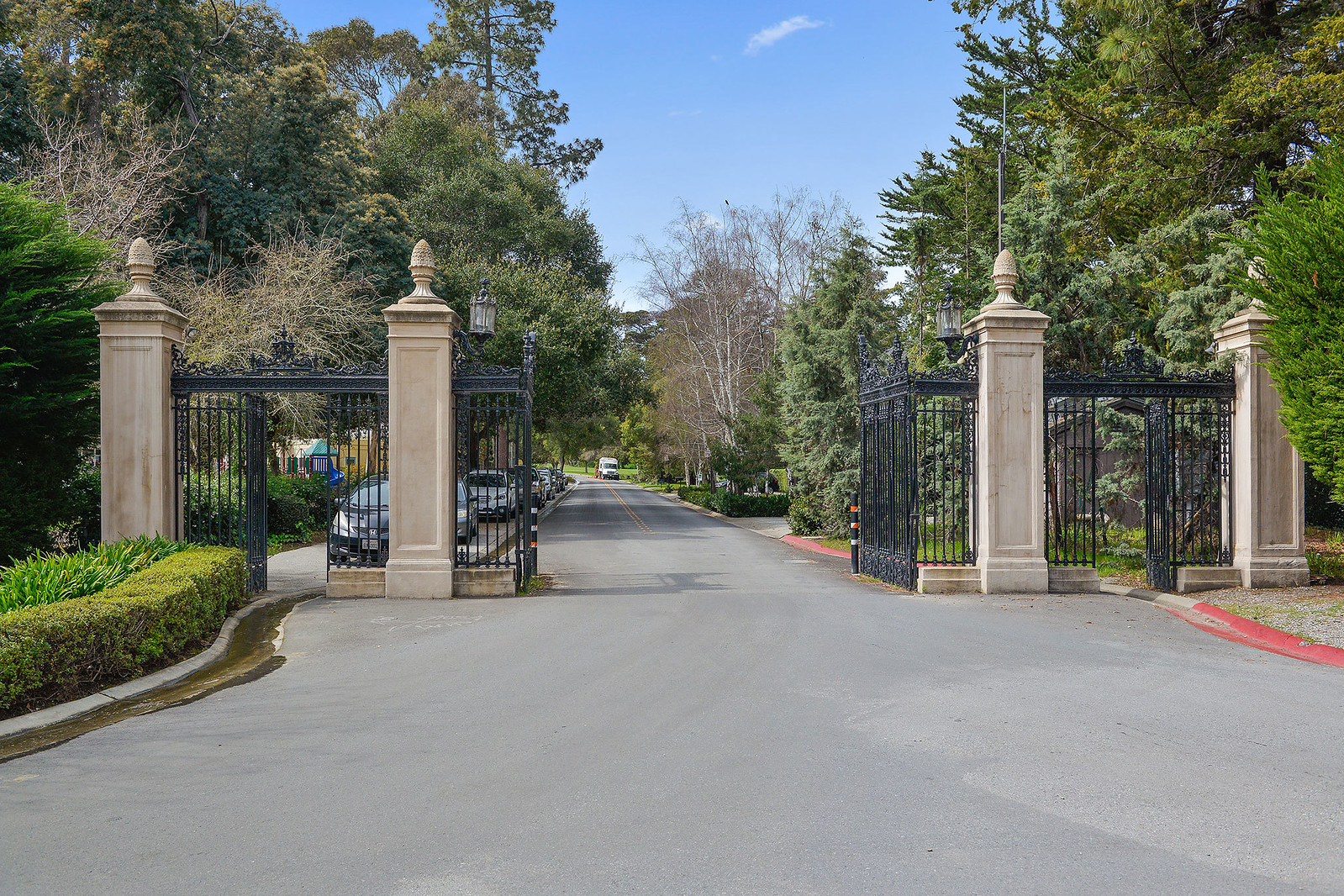 Hummingbirds play here, their spirited hide-and-seek part of the sunwashed warmth and wonder of the private garden playground that surrounds this vibrant 1930s Spanish Colonial home. Thoughtful, extensive remodeling and upgrades artfully integrate modern functionality and flow with the property’s original curves and corners. The house’s main level floor plan is a hub-and-spoke, flowing out from a double story central entry hall to living, dining, kitchen/family and mudrooms, each a unique destination as well as a passage to the encircling garden. Arched windows and architectural balconies decorate the five bedrooms on the second level that includes two ensuites. Doors here are always open, and fresh air carrying the scent-of-the-season is an everyday companion. Patios and pathways mingle with fireplaces and fountains, gilded afternoons slip into luminous evenings, and ubiquitous music and lighting provide modern enhancements to comfortable, unhurried gatherings around the glow of the all-season fire pit. 1025 Black Mountain redefines total living area, and the only exterior walls of note are those at the edge of the garden.

With popular Vista Park just around the corner, the surrounding homes are a community within a community. Hillsborough is known for its perennially strong public schools, and its flexible mid-Peninsula location that makes SFO, San Francisco and Silicon Valley easily accessible.

In Hillsborough, large estates are the rule rather than the exception. The town is one of the wealthiest in the country and placed No. 18 on Forbes' 2014 list of the wealthiest U.S. ZIP codes (94010). Town ordinances ensure its exclusivity by enforcing a minimum house size of 2,500 square feet and a minimum lot size of a half-acre. Hillsborough’s population is greater than 11,000.
There are no apartments, condominiums, or townhouses in Hillsborough; Forbes calculates the median home price at $3,787,098. Notable residents past and present include entertainer Bing Crosby; publisher William Randolph Hearst; the king of Tonga, George Tupou V; diet guru Jenny Craig; and former Major League Baseball players J.T. Snow, Rickey Henderson, and Greg Maddux.
There are no commercial districts in Hillsborough. As a wealthy suburb of San Francisco, 17 miles to the north, life in the town is unhurried and quiet. The relaxed atmosphere is enhanced by tree-lined streets that don’t follow a grid pattern and instead wind around the hilly landscape. There are few traffic signals.
The town covers six square miles and is bounded by Burlingame to the north, San Mateo to the east and south, and Interstate 280 to the west.